Photo by Quentin Schulz on Unsplash

It’s always great to follow-up on a cool hobby IOT experiment, and I’ve collected a few Ardunios, Trinkets, and Raspberry Pis that are always waiting around for a free weekend. The Raspberry Pi can be a wonderfully versatile little computer that exposes pins for external controllers and sensors, but it could also be a simple $35 home server, or even a fully functioning Linux desktop computer.

My kids and I have set up our own Minecraft server, and I’ve made a little weather clock, and experimented with server deployment configurations and a home media streamer as well. Some more elaborate projects I’d like to try some day include a Raspberry Pi Kubernetes cluster or a Grateful Dead Time Machine. Since the whole OS lives on a Micro SD card, it’s easy to keep a few and flash different OSes, swapping them out for different projects. In fact, with all of the intricate AWS and Azure learning I’ve had to do for my job, using a Raspberry Pi to test out provisioning a bare-bones server is a great way to step back and get a handle on what’s actually happening under the hood when you’re sending your artifacts off to some nebulous data center with a simple command.

One set of steps I always find myself looking up and repeating is for creating a Headless Raspberry Pi - just configure an OS on an SD card and turn it on, no keyboard, no monitor, just the machine.

You can certainly load a Raspberry Pi with its custom OS, a Linux Debian port called Raspbian, hook it up like a desktop computer and do all of the above. But for me, the most convenient way is to set it up on my local WiFi network and connect to it from the workstation where I do everything else, using my personal dev environment and code editors to also load programs onto the Raspberry Pi. That’s where a headless, no-GUI Raspberry Pi is ideal.

In this article, I’ve combined steps from the tutorials I usually reference so that I’ve got some quick, easy steps to follow every time I put together a new headless Raspberry Pi from scratch.

For this article, the only thing you’ll need is a Raspberry Pi, the model doesn’t matter. In fact, most of these steps are more related to provisioning a simple Linux server, so they could be applicable to several other hardware as well. You’ll also need some sort of SD card reader on your desktop computer. 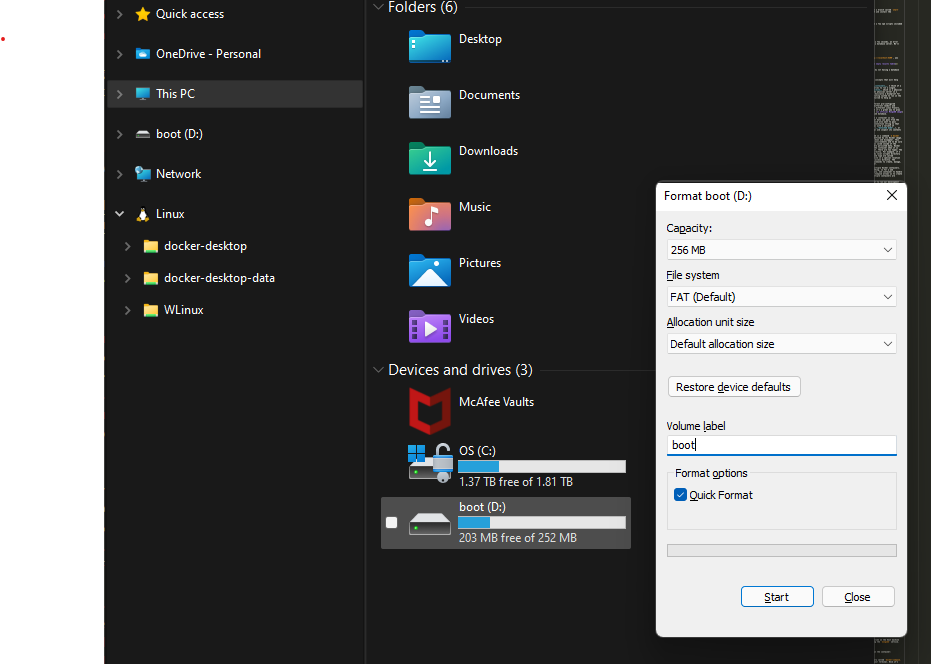 After the imaging is complete, you could eject the SD card and boot up the Raspberry Pi with a monitor, then see a Linux command-line interface. But since this is going to be a headless, peripheral-free setup we need to give the OS some extra information to enable it to connect to a local WiFi network and enable to us to connect it to it from a workstation.

If the SD card drive was ejected after the image was written, plug it back in and open it in File Explorer or Finder:

Your Raspberry Pi OS should be good to go. Plug the card into the Raspberry Pi and turn it on. It should only take a minute or two to boot up. Once it does, open a termninal on your workstation computer and make an SSH connection using the default login:

The password will be raspberry. If you are successful, you’ll see the command-line interface for the Raspberry Pi and you’re ready to run commands.

The set of the commands in the terminal will look something like this:

The first thing I do is change the hostname. That way, if I run multiple Raspberry Pis on the same local Wifi, there’s no confusion.

The next thing is to at the very least, change the password for the pi user. I like to replace the pi user with a brand new admin user. These are just regular Linux commands.

Now your Raspberry Pi is set up to run headlessly with and it’s at least minimally secure.

Editing code directly on the Pi

Now that you’re Raspberry Pi is provisioned, you’re ready to make it do some stuff. You’ll need to add some code to run. By default, it should have a working Python environment. But how do you get the code over to the Pi? You could fire up a bare-bones vim or nano editor, but that could be a little painful compared to the well-accessorized code editor on your local workstation.

One way to get around this is to set up your Raspberry Pi code as a remote Git repository, write the files in the local repository, then push them over. I used to do that, it’s not too complicated, and it you have the advantage of having a local repo to store all of your code and projects and have them last while you change out and reconfigure multiple Raspberry Pi setups. This article gives some great instructions on how to go about setting up your own remote Git repository.

An even easier solution if you’re a VS Code user is, using a new plugin, you can access a directory on your Pi via SSH and edit files directly onto the Pi in your code editor.

In VS Code, install the plugin Remote - SSH. Then type CTRL/CMD + SHIFT + P and type Remote - SSH Connect to Host. It will ask for an SSH url (exactly as above), prompt you for a password, then a new VS Code editor will open with access to the Raspberry Pi file system.

And with all that, you’ve got an unburdened Raspberri Pi for all your home tinkering.

Full-stack software engineer sharing favorite recipes in .NET, Angular, & anything else worth tinkering with.

This site was built with Jekyll, remixing heavily from the Hyde and Plain White themes.